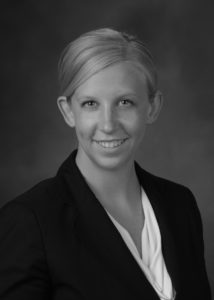 In December 2015, the Illinois Supreme Court held that the lien created by unpaid assessments of a prior owner of a condominium may only be fully extinguished through payment by the purchaser of the property of the monthly fees assessed the month following the judicial foreclosure sale. 1010 Lakeshore Association v. Deutsche Bank National Trust Company, as Trustee for Loan Tr 2004-1, Asset-Backed Certificates, Series 2004-1, 2015 IL 118372.

1010 Lakeshore arose from a lawsuit filed by the condominium association, 1010 Lakeshore Association, against Deutsche Bank National Trust Company, as Trustee for Loan Tr 2004-1, Asset Backed Certificates, Series 2004-1 (“Deutsche Bank”) for non-payment of assessments. Id. at ¶3. Deutsche Bank acquired the property through a foreclosure proceeding. The complaint filed by 1010 Lakeshore Association alleged that Deutsche Bank owed $62,530.81 in unpaid assessments to the association. Id. at ¶4. The association was seeking to collect assessments that accrued both before the judicial sale took place and after the sale had occurred pursuant to 765 ILCS 605/9(g)(3), known as the Condominium Property Act. Section 9(g)(3) of the Condominium Property Act states, “The purchaser of a condominium unit at a judicial foreclosure sale…shall have the duty to pay the unit’s proportionate share of the common expenses for the unit assessed from and after the first day of the month after the date of the judicial foreclosure sale… Such payment confirms the extinguishment of any lien created…by virtue of the failure or refusal of the prior unit owner to make payment of common expenses…” Judgment was entered in the Circuit Court in favor of 1010 Lakeshore Association and subsequently affirmed on appeal. Id. at ¶1.

On appeal to the Illinois Supreme Court, the Court ruled that Section 9(g)(3) of the Illinois Condominium Act and Section 15-1509(c) of the Illinois Mortgage Foreclosure Law should not be taken as separate remedies to extinguish condominium association liens, but should be read together. Id. at ¶38. In reading the plain language of the statutes, the Court reasoned that Section 15-1509(c) requires that the condominium association be named in the foreclosure action in order to extinguish any lien said association may have in the property and Section 9(g)(3) then requires a payment to further confirm extinguishment of the lien. Id.

After the ruling in 1010 Lakeshore, many servicers and lenders were left in uncertainty as to when the first payment needed to be made to the condominium association following the foreclosure sale to ensure that any unpaid assessments and fees were extinguished. A new ruling out of the First Appellate District has shed some clarity on this timing issue. In 5510 Sheridan Road Condominium Association v. U.S. Bank, defendant, U.S. Bank purchased a condominium unit through a foreclosure sale. 2017 IL App (1st) 160279, ¶1.The unit was purchased on May 27, 2014 and the sale was confirmed on June 25, 2014. Id. at ¶5. Title to the property passed to U.S. Bank on July 3, 2014. Id. The association sent a demand letter to U.S. Bank in October 2014 requesting that payment be made for the fees and dues that accrued from October 1, 2012 through October 1, 2014. Id. at ¶6. U.S. Bank made a payment to the association in January 2015 for the amount due to the association from August 2014 to January 2015, thereby omitting all dues owed from October 1, 2012 – July 31, 2014. Id. Shortly thereafter, the association filed suit demanding payment of all fees and dues alleging that U.S. Bank failed to extinguish the lien for unpaid assessments because they did not make their first payment to the association in the month following the foreclosure sale as required by Section 9(g)(3) of the Illinois Condominium Act. Id.

In their motion for summary judgment, U.S. Bank contended that section 9(g)(3) does not place a timing requirement for making the first post sale payment to the association; therefore, the payment made in January 2015 effectively extinguished any amounts the association was attempting to collect that became due prior to the foreclosure sale. Id. at 8. The association argued the opposite in their motion for summary judgment, stating that section 9(g)(3) does in fact contain a timing requirement and that the first payment should have been made to the association in the month following the foreclosure sale. Id. The circuit court ruled in favor of the association and ordered U.S. Bank to pay unpaid presale and post sale expenses in the amount of $73,364.55. Id. at ¶11.

On appeal, the court viewed the issue as one relating to the plain language of section 9(g)(3). Id. at 19. Based on the court’s reading of the statute and the plain meaning of the language, it held, “that the phrase “from and after the first day of the month after the date of the judicial foreclosure sale” does not create a timing deadline with which purchasers must comply to avail themselves of the statute’s extinguishment provision. Instead, that phrase simply demarcates the precise moment in time when the foreclosure-purchaser becomes liable for postsale common expenses.” Id. at 20. The court went on to explain that had the legislature intended for a timing deadline to be put in place, they would have constructed the statute in such a way to include a clear and concise deadline by which to remit payment to the association. Id. at 25. By omitting any such language from the statute, the court stated that it shows the legislature did not intend for section 9(g)(3) to create a hard timing rule for payment of post sale expenses. Id. The court ruled in favor of U.S. Bank and reversed and remanded the case to the circuit court for further proceedings stating that, “[b]efore judgment was entered against it, U.S. Bank paid the full amount of postsale expenses it owed the association, thereby extinguishing the association’s lien for presale expenses pursuant to section 9(g)(3) – and with it any entitlement to recovery possessed by the association.” Id. at 34.

This ruling by the First District is extremely beneficial to servicers and lenders. The established timing requirement set from this decision is that purchasers of condominium units at a judicial foreclosure sale must make payment of any post sale expenses due to the association prior to a judgment being entered against the purchaser for failure to pay said expenses in a separate suit by the association. While this allows for more latitude in the timing of making payments after the foreclosure sale, it remains a best practice to make payments to the association for any post sale expenses once the sale has been confirmed and a deed issued to the successful purchaser. By making payments quickly after sale and confirmation, servicers and lenders will ultimately save time and money by avoiding any post sale litigation that could be brought by an association for failure to make payments following the sale. In light of this ruling, it is anticipated that associations will be quick to send demand letters and initiate complaints against lenders and servicers that have successfully purchased a property through a foreclosure sale with the hope that they may be able to enter judgment faster than the bank or servicer will make post sale payments.

If you have any questions, please contact Kimberly Goodell, Supervising Attorney, at (248) 853-4400 ext. 1227, kgoodell@potestivolaw.com.