The House of Representatives voted Thursday to approve the Republican tax reform plan, the Tax Cuts and Jobs Act, which is opposed by many in the housing industry.

H.R. 1, which passed through the Ways and Means Committee last week, would slash the mortgage interest deduction in half from $1 million to $500,000. However, Speaker of the House Paul Ryan claims the bill would enable homeownership by giving a tax cut to most middle-income families.

Housing experts explained the House bill could cause inventory shortages in many cities and be especially hard on areas such as California where home prices are higher.

While organizations like National Association of Realtors are writing Congress to fight against this decrease in the MID, other organizations are taking a different approach.

Approximately 2,500 signers sent a letter to Congress, addressed to Ryan and Senate Majority leader Mitch McConnell, urging them to direct savings from the MID cut to rental housing programs that serve the lowest income families such as the national Housing Trust Fund or a renter’s tax credit.

The bill will now move to the Senate, however its future once there is uncertain. Senate Republicans recently unveiled their own bill for tax reform. Unlike the house bill, the Senate version keeps the mortgage interest deduction intact. 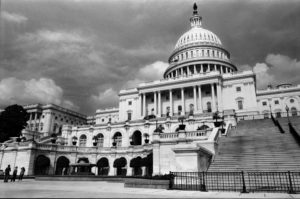