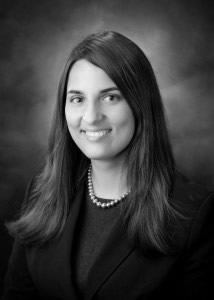 Chantelle attended the University of Michigan where she graduated with a Bachelor of Arts in Psychology. She received her law degree from Thomas M. Cooley Law School, graduating Cum Laude. During law school, Chantelle served as a Judicial Intern in the United States District Court for the Eastern District of Michigan for the Honorable Gerald E. Rosen. She also served as the Comments Editor on the Board of Editors for The Thomas M. Cooley Law Review, as well as a Fisher Class Senator for the Student Bar Association. Chantelle was also the Managing Editor of Planning for Higher Education, a scholarly journal for all facets of higher education planning, during law school. With a strong editorial background, she enjoys the opportunity to utilize these skills as an internal committee member for client communications.

In September 2016, Chantelle was named a 2016 Rising Star by Michigan’s Super Lawyers Magazine. She is a great asset to the firm and also contributes to the industry and legal profession through organizations such as the Legal League 100, Real Property Law Section of the State Bar of Michigan, Michigan Creditors Bar Association, and Macomb County Bar Association. Chantelle has also been published by The Institute of Continuing Legal Education (“ICLE”) and Legal League 100.

In her time spent outside of work, Chantelle is very active in the student ministry at her church and serves as the Director of Life Groups for the youth group. The majority of the rest of her time is spent with her family. Chantelle is from a large family and her and her husband have a young son and daughter that they love raising. Their weekends involve a lot of trips to northern Michigan to enjoy everything it has to offer.